OLED is a self-luminous display device; in the actual work, only a part of the pixel light, in the test display brightness, in addition to the full-screen brightness, put forward the concept of 4% window brightness to characterize the average time brightness of the OLED screen. 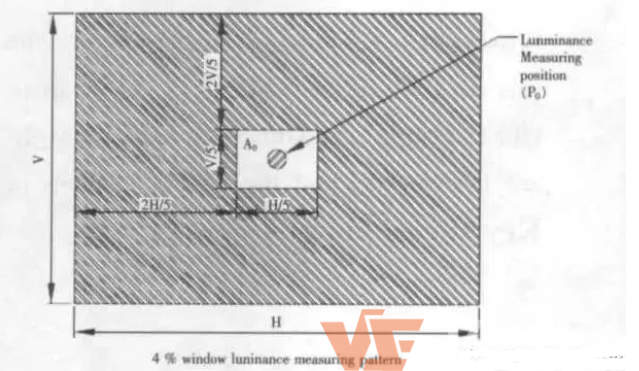 In the power consumption test, to highlight the self-luminous characteristics, and reflect the difference in power, proposed according to the actual display applications, in the measurement of the appropriate reduction in full-screen brightness.

For example, when testing TV, digital camera, and cell phone displays, the luminance of the full gray screen used is 15%, 20%, 30%, 4%, and the window luminance, respectively. For the use of a large number of white background displays, the maximum full white screen brightness of 60% should be used. The test method better reflects the characteristics of self-luminous, low power consumption.

When testing the darkroom luminance, the A1-4 windows were lit in turn, the luminance of the PO point was recorded, and the luminance obtained from the second test was averaged and compared with the 4% window luminance. 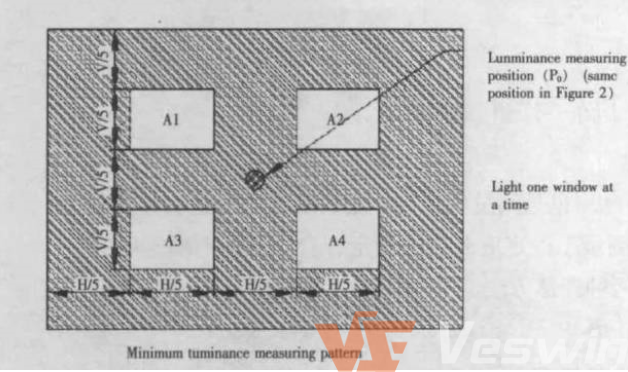 OLED is a self-luminous device with a high contrast ratio in a strong light environment, suitable for multiple working environments. This is one of the unparalleled characteristics of OLEDs.

The technology has been officially into the international standards, how to assess the brightness in the discussion of the large controversy, and later proposed the spectral radiation brightness coefficient test technology.

Experts in various countries realized that the response time alone could not objectively evaluate the display quality of moving images and then proposed a method to evaluate motion images by introducing motion image loudness and motion image resolution.

However, because the driving method of OLED is still uncertain, the corresponding motion image evaluation method is still under discussion and refinement. Motion boundary blur, viewing angle, crosstalk, and flicker are all included in the "Image Quality Test Method test criteria," which classifies image quality parameters into levels.

The lifetime of OLEDs has been a serious constraint to their development. Due to the packaging and material characteristics, moisture, water penetration, and high temperature significantly impact the lifetime.

Choosing the conditions for IT and standardized testing of the lifetime of OLEDs is still under discussion. In addition, the current life is usually defined by the time it takes for the brightness to decay to half the starting brightness.

The soft display can be achieved as one of the most attractive features. However, in the realization of the soft display, there is poor flatness, not enough ability to resist external impurities and gases, and the bending angle of the flexible screen, bending times, etc., impact the display characteristics and life of the flexible display. How to assess the performance of flexible displays is still in the evaluation process.