The processor is the core equipment for computer operations. It is the steward of the entire machine. It has the functions of computer data calculation and command execution, but the processor functions of different devices are not the same. The characteristics of processors used by enterprises and businesses are very different from those used by families.

The difference between server processors and home processors

In the era of cloud computing, big data, and mobile internet, users' needs continue to diversify, and higher requirements are placed on servers.

The server processor serves for special operation instructions. It uses simplified instructions and strengthens them for special needs to ensure continuous and stable operation efficiency. The processor of the home computer needs to process a variety of data types, needs to have the processing ability of complicated instructions, needs comprehensive and powerful operation capabilities, and is equipped with various functions. 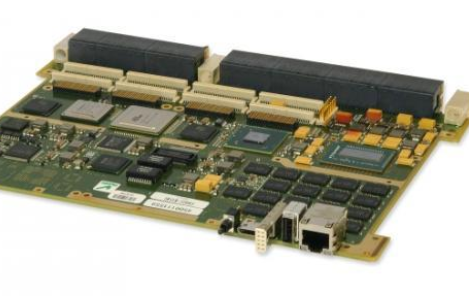 Difference in the number of processors

Server processors are mostly in a collective mode, using multi-channel interconnection. Many processors are installed on a computer, but the processors of home computers cannot do it.

Server processors are generally composed of multiple interconnections, and require years of operation, which require high stability. High-end server processor products are made with the latest technology and craftsmanship, so the price of server processors is higher than that of home processors.

Can the server CPU be used as a home computer CPU?

Although the server processor has better performance than the home processor, the design rule of the server processor determines that it cannot be used in a home computer. Server processor motherboards are generally equipped with integrated graphics, which is really difficult for large-scale games and high-definition movies necessary for home entertainment.

The server CPU exists for long-term stable work, and is basically designed to work continuously throughout the year. Server CPUs are very different in terms of stability and reliability compared to home CPUs. Generally, servers are turned on and run 365 days a year, and only occasionally shut down for maintenance, which requires extremely high stability.

Ordinary CPU is designed for 72 hours of continuous work. When the home computer is not in use, we are still used to keeping it in the off state, usually every day.

Judging from the current server development status, the PC server of the IA architecture (CISC architecture) characterized by "small, compact and stable" has been widely used due to its reliable performance and low price. In the field of Internet and local area network, it is used for file service, printing service, communication service, Web service, email service, database service, application service and other purposes.

The biggest flaw of IA-64 microprocessors is that they lack compatibility with x86, and for the IA-64 processor, Intel can better run the software of the two dynasties. It is on the IA-64 processor (Itanium, Itanium2... ) The x86-to-IA-64 decoder is introduced, so that x86 instructions can be translated into IA-64 instructions. This decoder is not the most efficient decoder, nor is it the best way to run x86 code (the best way is to run x86 code directly on the x86 processor), so the performance of Itanium and Itanium2 when running x86 applications Very bad. This has also become the root cause of X86-64.

Finally, it is worth noting that although the CPU is one of the most important factors that determine the performance of the server, without the support and cooperation of other accessories, the CPU can not play its due performance.