Supercapacitors were first introduced in the United States in the 1960s and 1970s, and were market-oriented in the 1980s. They have a super-storage capability. It combines the high current fast charge and discharge characteristics of ordinary capacitors with the energy storage characteristics of batteries, filling the blank of specific energy and specific power between common capacitors and batteries. Supercapacitors are known as a revolution in the field of energy storage and will replace traditional batteries in certain areas. 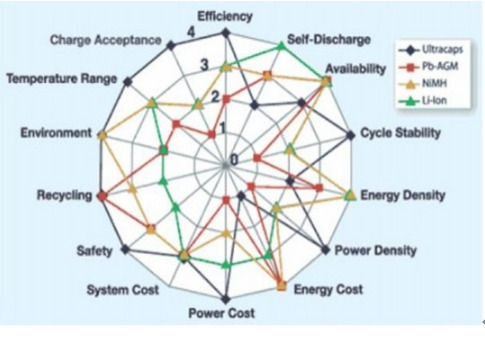 2, fast charging characteristics, because there is no chemical reaction of electrical energy conversion chemical energy, charging 10 seconds -10 minutes, can reach its rated capacity of more than 95%;

6, no pollution, safe and reliable, super capacitor is green energy (activated carbon), does not pollute the environment, is an ideal green power source;

7. Life-free maintenance: The supercapacitor adopts a fully sealed structure, no liquid volatilization such as moisture, and does not require maintenance during the whole life;

The invention relates to a method for treating activated carbon for supercapacitor, which is characterized in that an underpotential deposition is performed on the surface of the activated carbon by using any one of metal ions Al3+, Li+, Zn2+, Cu2+, Tl+ and Pb2+ to provide a Faraday quasi-capacitance for the electrochemical double layer capacitor. . Any one of the ionic solutions may be added to the supercapacitor KoH electrolyte, or the activated carbon powder may be modified with any of the ionic solutions to deposit the ions in the micropores. The super container prepared by the invention cooperates with a battery or other battery to form a composite battery, and solves the problem that the existing battery cannot meet the requirements of high power, large capacity and fast charging, and is widely used for aerospace, military, transportation, electric power, communication and the like. The department has important practical significance and broad prospects. Electronic timer using super capacitor and method thereof

The invention relates to a polarizable electrode carbon material for a supercapacitor and a preparation method thereof. It contains the electrode of this material and the supercapacitor of the electrode. The polarized electrode carbon material of the present invention is obtained by a solid/liquid heterogeneous chemical reaction using commercially available activated carbon. The chemically modified activated carbon has a specific surface area of 600-1300 m2g-1, a nitrogen element content of 0.1-5.0%, a ratio of the micropore volume to the total pore volume ≥0.8, and a particle size ranging from 1 μm to 30 μm, in the non-aqueous electrolyte solution, The activated carbon polarized electrode has a specific capacity of 41Fg-1. Automotive high specific energy supercapacitor 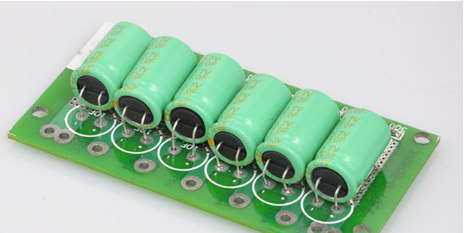