Home > Technical News > Why does sensor technology dominate the global ams so that it can't fit the Chinese market?

Why does sensor technology dominate the global ams so that it can't fit the Chinese market?

Author： Release time：2019-11-20 Source： Font： Big Middle Small View count：110
Previous post："The global top 15 semiconductor manufacturers, Huawei Haisi is one step worse"
Next post："Analysis of the general principles to be followed in PCB design"
Whether it was the main venue of the "Global CEO Summit" on November 7 or the media interview after the conference, Pierre Laboisse, vice president of global sales and marketing at Ams Semiconductor, frequently mentioned four words - "Chinese market". As the representative of ams who came to China this time, Pierre's words always express the emphasis on this special market and the expectation of its future growth potential. 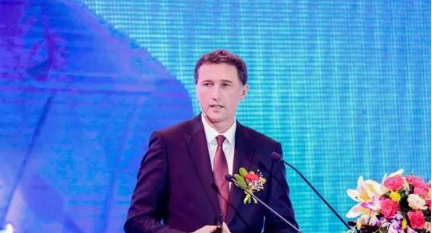 The world's 1.6 billion China accounts for 100 million. The future is expected to reach 1 billion US dollars.


Although the overall shipments of the global smartphone market continued to decline last year, many manufacturers who are deeply involved in the field of mobile phone semiconductor devices have experienced considerable growth pressure. But ams does not seem to have much impact. According to Pierre Laboisse, Ams Semiconductor's (2018) revenue reached an unprecedented $1.6 billion. Although revenue in the Chinese market does not account for a large portion of amas' total revenue, its growth potential can be quite large in the long run. Pierre Laboisse told reporters: "Last year, our Chinese market achieved sales of 100 million US dollars, which is the result of our increased investment in China in the past three years. We believe that the demand for the Chinese market in the future will stand on the 10th. The level of billion dollars, which is why we have great confidence in the future, we believe that with the development of time, the overall revenue of the Chinese market will soon account for about half of our total revenue."

Whether it is mobile phones, smart homes, robots or security applications, the market in China is now very large. Pierre said: "China is an important market for ams. It is at the forefront of technology adoption, not only has a huge ecology, but also There are also high standards in technology. Our cooperation with the Chinese market and Chinese customers is not only because I personally value and optimistic about China, but also we see the growing potential of this dynamic market, demand Very big, we look forward to seeing more development, which will be of great benefit to our revenue. In the next 10 months, everyone will see more new progress in the Chinese market. ”


Since 3D sensing took the lead in the field of smart phones, it has swept through various market segments such as mobile phones, AR and even automobiles and industries. According to market research company's optimistic forecast, the output value of optical sensors in mobile devices on the 3D sensor module market will jump, the market size is expected to reach 14 billion US dollars by 2020, the compound annual growth rate is 209%, such a hot market It also spawned three mainstream solutions, namely structured light, active stereo vision and ToF.

Not long ago, when interviewing Jennifer Zhao, executive vice president and general manager of Advanced Optical Sensors Division of Amers Semiconductor, the reporter had already felt how optimistic and anticipating the company was in the 3D sensing market. She said: “3D sensing solution The optimization of full-screen and camera functions will be the three growth points of smart phones in the future. Ams will respond to the ever-changing market with industry-leading technology flexibility and leadership. Although the current three major programs have not yet decided to win or lose, Ams is able to support all three major solutions of 3D sensing, providing hardware such as VCSEL light source, advanced optical package and NIR and ToF camera, and software/algorithm technology. This also makes ams not afraid of any kind of solution. The upper position or the "fall", because the random strain is the key advantage that ams differentiates from other competitors in the 3D sensing market. 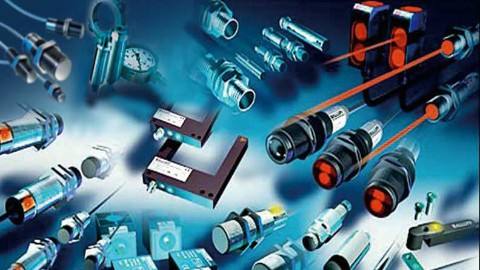 Similarly, at the recent media communication meeting, Pierre Laboisse, who is the spokesperson of ams, once again expressed his optimism about 3D sensing, especially the Chinese 3D sensing market. He believes: "The emergence of 3D sensing technology may have more meaning. At the technical level, it is also considering how to make the overall design of the mobile phone easier. And with the widespread use of 5G networks next year, we believe this will be a very good opportunity for the 3D sensing market. The large-scale volume of the smart phone market will also help us to open new doors and let 3D sensing technology spread to more application scenarios. We believe that this kind of one-by-one promotion mode, follow-up 3D transmission Sense technology will grow very fast. After all, this is a very reliable technology, so we are very optimistic about it."

Although, from the current market atmosphere, it is still relatively calm, but the 3D sensing is calm and the wind is coming out. Pierre said: "After the technology is mature, we still need a little patience to wait for a while to see the explosive growth of usage. For example, the mobile phone card and bank card we saw more than a decade ago are still in the magnetic strip mode, but In fact, the chip technology at that time was relatively mature. The chip then took a long time to let the market accept it, and then it broke out slowly.” Today’s 3D sensing technology is even more so, the technology is obviously mature, but it really needs to appear. The outbreak, the market still needs a certain amount of time to digest.


In short, for an international semiconductor company such as ams, creating diversified choices and developing new channels for itself is inevitably the basis for maintaining its own competitiveness and persisting in the market. China is the perfect stage that ams is painstakingly looking for. In the future, with the opening of ams technology in China, this technology will flourish and lead the global market will also contribute more revenue to ams, so that it can More energy is invested in technological innovation to build a virtuous circle for their own development.

As Pierre Laboisse said: “In China, such opportunities are very huge. We very much hope that these opportunities in China are something that I personally look at and that our company hopes to develop here. This is why we came here. Here, we are constantly pursuing new cooperation and development reasons. I firmly believe that in the future, we will see more and more Chinese-related autonomous driving and more new projects in continuous integration, which can continue to develop and lead. world."

Previous post："The global top 15 semiconductor manufacturers, Huawei Haisi is one step worse"
Next post："Analysis of the general principles to be followed in PCB design"