Seven noises inside the sensor circuit 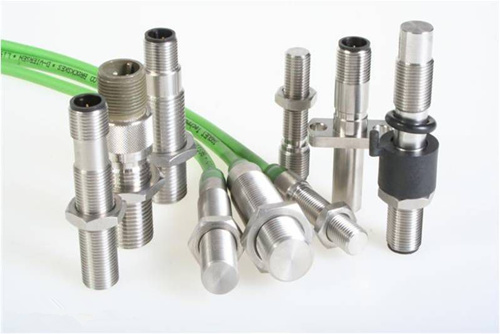 Low frequency noise is mainly caused by the discontinuous internal conductive particles. Especially for carbon film resistors, there are many tiny particles in the carbonaceous material. The particles are discontinuous. When the current flows, the conductivity of the resistor will change, causing the current to change, resulting in a flash explosion arc similar to poor contact. . In addition, the transistor may also produce similar burst noise and flicker noise, and its generation mechanism is similar to the discontinuity of the particles in the resistor, and is also related to the doping degree of the transistor.

The change in the voltage of the barrier region across the semiconductor PN junction causes the amount of charge accumulated in this region to change, thereby showing the capacitance effect. When the applied forward voltage increases, the electrons in the N region and the holes in the P region move to the depletion region, which is equivalent to charging the capacitor. When the forward voltage decreases, it moves electrons and holes away from the depletion region, which is equivalent to capacitor discharge. When a reverse voltage is applied, the depletion region changes in reverse. When current flows through the barrier region, this change will cause slight fluctuations in the current flowing through the barrier region, thereby generating current noise. The size of the noise generated is proportional to the temperature and the bandwidth Δf.

High-frequency thermal noise is caused by the random movement of electrons inside the electrical conductor. The higher the temperature, the more intense the electronic movement. The random movement of electrons inside the conductor will form a lot of tiny current fluctuations inside it. Because it is disordered movement, its average total current is zero, but when it is connected as an element (or as part of a circuit) After the circuit, the internal current will be amplified into a noise source, especially for the high-frequency thermal noise of the circuit working in the high-frequency band.

Interference of electromagnetic components on the circuit board

Many circuit boards have electromagnetic components such as relays and coils. When the current passes, the inductance of the coil and the distributed capacitance of the shell radiate energy to the surroundings, and their energy will cause interference to the surrounding circuits. Components such as relays work repeatedly, and instantaneous reverse high voltage will be generated when the power is turned on and off, forming an instantaneous surge current. This instantaneous high voltage will have a great impact on the circuit, which will seriously interfere with the normal operation of the circuit.

The thermal noise is caused by the irregular thermal motion of the carrier passing through the body resistance of the 3 zones in the BJT and the corresponding lead resistance. The noise generated by rbb is the main one.

The current in BJT is usually just an average. In fact, the number of carriers injected into the base region through the emitter junction is different at each instant, so the emitter current or collector current fluctuates irregularly, which will generate shot noise.

The noise caused by poor cleaning of the transistor surface due to semiconductor materials and manufacturing process levels is called flicker noise. It is related to the recombination of minority carriers on the surface of the semiconductor, and it appears as the fluctuation of the emitter current. Its current noise spectral density is approximately inversely proportional to the frequency, also known as 1 / f noise. It mainly plays a major role in the low frequency (below kHz) range.

Various types of resistors will generate thermal noise. When a resistor with a resistance value of R (or BJT's body resistance or FET's channel resistance) is not connected to the circuit, the thermal noise voltage generated in the bandwidth B will be:

In the formula: k is Boltzmann's constant; T is the absolute temperature (unit: K). The thermal noise voltage itself is a non-periodic time function, so its frequency range is very wide. Therefore, the broadband amplifier circuit is more affected by noise than the narrow band.

Where: I is the mean square value of the current flowing through the resistor; f is the center frequency; k is a constant related to the geometry of the material. Because Vc plays an important role in the low frequency band, it is the main noise source of the low-frequency sensor circuit.

There are generally two types of noise interference in integrated circuits: one is radiated and the other is conducted. These noise spikes will have a greater impact on other electronic devices connected to the same AC power grid. The noise spectrum is spread above 100MHz. In the laboratory, you can use a high-frequency oscilloscope (above 100MHz) to observe the waveform between the power supply and ground pin of an integrated circuit on a general single-chip system board. Volt.