As an important driving force in the development of recent human civilization, motors are almost ubiquitous in today's society, providing the power source for many basic applications in modern life.

Including integrated circuits (ICs) or microchips at the board level, system level modules (SoMs) integrated at the system level, motion controllers, drivers, stepper motors and BLDC motors and various combinations.

For example, if you want a stepper motor to run smoothly, designing a good set of motion control trajectory curves is equivalent to half of the perfect motion control completed.

The motor's motion trajectory curve includes a trapezoidal an S-shaped curve. Compared with the trapezoidal curve, the S-shaped curve is smoother, overcomes the disadvantage of the sudden change of acceleration in the former, and can reduce the shock more effectively.

ADI Trinamic implements the traditional software algorithm through hardware, thus saving the CPU burden and making the S-shaped curve with a complicated structure easy to implement, reducing the workload of product R&D.

The two patented technologies, Stealthchop and Coolstep, owned by Trinamic, reduce the system's jitter by constantly adjusting the acceleration and deceleration rates of the robot arm and avoiding the prominent points in the speed curve.

The "S" shaped ramp allows it to reach higher speeds and reach its next position precisely, with minimal disturbance to its payload, allowing the stepper motor to run more smoothly, energy efficient and effective.

In the absence of feedback devices, stepper motors can still achieve speed control and positioning control, with the advantages of good rigidity and high-cost performance.

It is widely used in production line transfer, engraving, textile, security, medical and other fields. 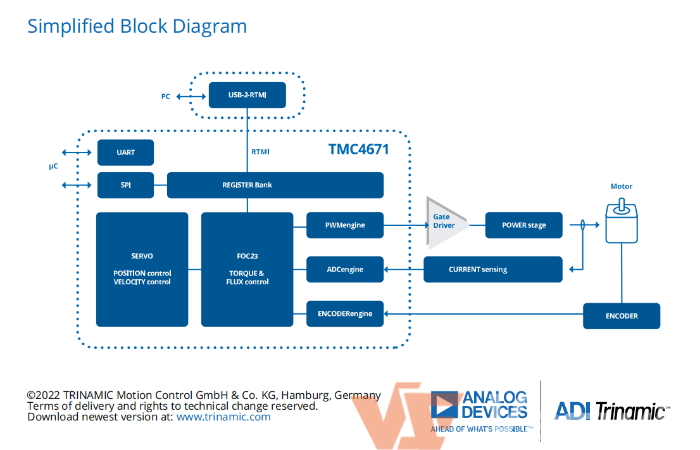 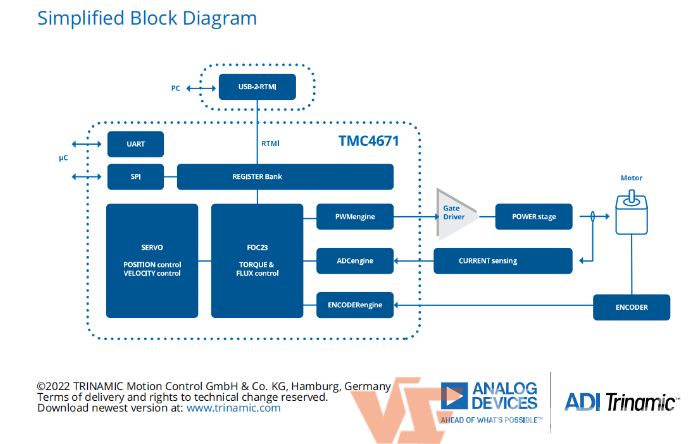 And in the stepper motor operation noise reduction, ADI Trinamic has three solutions.

The average current responds to the configured normal current, and there is no transition period at the trans-zero point of the sine, which reduces the fluctuation of current and torque and makes the current waveform closer to the sine wave.

3. Stabilized Chopper StealthChop overcomes this problem by modulating the current according to the PWM duty cycle, thus producing a perfect current sine wave.

Except for the sound of motor bearing steel ball grinding, which is unavoidable, StealthChop can drive the motor to work in extreme silence and achieve control motor sound below 10dB. The noise is much lower than the traditional current control method.

In the future, motor applications will continue to move toward a broader market space with the drive of innovation and the rise of new energy vehicles, 5G, digital health care and other emerging industries.