Many electronic components, including capacitors, resistors, and integrated circuits, have specified voltage ratings, but inductors rarely. Why is the rated voltage not specified on the inductance data sheet?

There are some challenges in determining the rated voltage of an inductor, whether through testing or calculations. The inductor does not support DC or low-frequency operating voltages, except for high inductance values (typically> 1mH). Testing to verify the operating voltage is difficult and should depend on the actual application. Different manufacturing methods of inductors and process stresses such as curved lines make it impossible to calculate the theoretical voltage rating. These issues are explained below to make it easier to choose the most suitable inductor for a particular application. 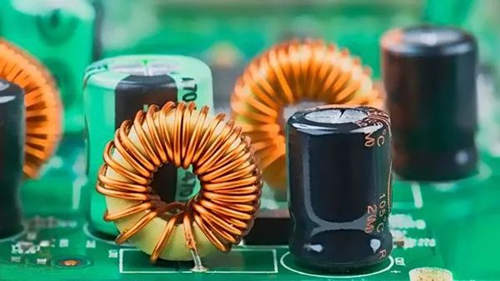 Because there are many structural variables such as the number of turns, the type and thickness of copper wire insulation, the layering of the coil, the bending or forming across the lead, it is very difficult, if not impossible, to calculate the theoretical voltage limit of the inductor.

For example, there are some standard test methods to determine the rated voltage of insulated copper wires. The rated voltage is usually several hundred volts even if it is not thousands of volts. However, this rating is easily affected by the coil forming process, which is a necessary process for winding the inductor. Even in a strictly controlled manufacturing environment, copper wires are subject to stress, which can cause cracks or defects. Even at voltages well below the "catalog" rating of copper wires, small scratches on the copper wires can still cause arcing or breakdown. It is impractical to calculate ratings that include these variables. 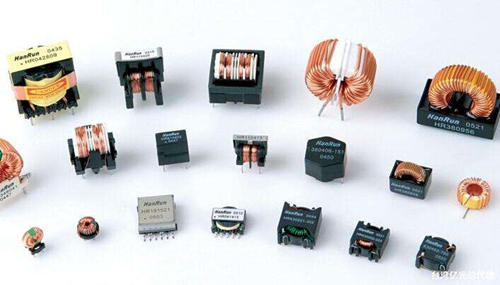 For the operation of the inductor, V = L × di / dt clearly implies that a large DC voltage (or AC line voltage) cannot be applied to the terminals of the inductor.

For example, the DC resistance rating of the 10μH power inductor MSS1038-103 is 0.035Ω. If the traditional 500 VDC high voltage test is performed on the terminals of the inductor, it is like adding 500V to a piece of copper wire with a resistance of 0.035Ω. According to Ohm's law, applying 500V to 0.035Ω requires a current source greater than 14,000 A. This is obviously impractical, and the problem lies here. The voltage breakdown test is actually determining when the high voltage will cause a short circuit. For traditional high-voltage testers, the inductor is already a short circuit!

In order to test insulation breakdown or arcing, it is necessary to induce voltage pulses, spikes, or oscillations in the inductor. This induced voltage or oscillation test is possible. This technology is widely accepted and there are commercial testers. However, the induced voltage depends on the ability of the inductor to store and maintain resonance energy, and is generally effective only when the inductance value is greater than 1mH, which excludes most inductors, except those designed for power frequency applications.

The induced voltage that the inductor can withstand depends on the type of copper wire insulation, the number of coil turns and layering, and other factors, such as the distance between the coil and the magnetic core, the distance between the terminals, and the insulation material such as CTI (Chinese interpreted as Relative leakage index). Therefore, even in the same series of inductors, the rated voltage of each inductor value will be different.

In addition, it is very difficult to infer and predict the actual insulation breakdown in a particular application based on the induced voltage test. Voltage arcs or breakdowns vary with environmental factors (such as dust or humidity) and operating conditions (such as pulse waveforms). A signal with a sharp rise time generally produces an arc at a lower voltage than a constant or slowly increasing voltage.

Remember that most inductors work by suppressing current rather than high-voltage induction. Almost all commercial inductors work without problems at a few volts or even tens of volts. Therefore, for most applications, the rated voltage of the inductor is not a problem.